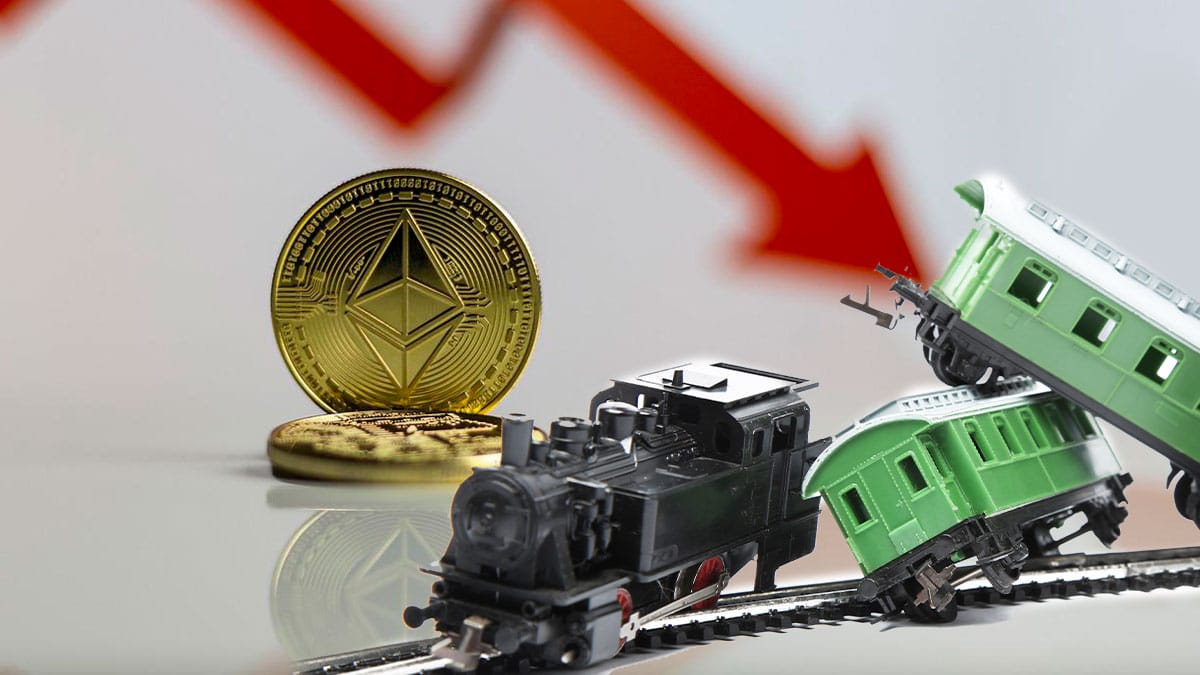 Altcoins Radar is a weekly crypto News newsletter, where we collect the most important facts in the cryptocurrency market. In this material we address outstanding news and the price behavior of currencies other than bitcoin, with a list curated by the newspaper.

Is it over? Was that it? The latest price movements indicate that yes, that the recent bullish strength in the cryptocurrency market was lost. Not even Ethereum and its ether (ETH) cryptocurrency, which had been rising and, for many, driving the rest of the market, are saved.

The closeness of the Ethereum 2.0 merger has not mattered, the main reason that seemed to be driving ETH: now, the cryptocurrency has fallen back to $1,400/$1,500 levels over the past few days, after having momentarily touched USD 2,000 not so long ago.

At the time of writing this newsletter, ETH is trading at $1,521 on the exchanges, according to data from CoinMarketCap. This after a rebound of up to 6% so far on Monday, although it comes from chaining red weeks of 16% and 11% respectively, at the close of this Sunday.

The truth is that, given the latest movements, the most sensible thing would be not to get carried away by this sign of recovery as something sustainable over time. Will this be the beginning of the expected recovery for all these months? Only time will tell, but analysts are not too optimistic.

Proximity of the Merge and migrating miners

That said, let’s review the latest Ethereum movements that, despite having had a high expectation, failed to have an impact on its price in the markets: on the one hand, the merger has already been officially scheduled on the Ethereum main network. And in about 16 days it would be activating.

Also the main client for Ethereum nodes was recently updated. And its update already includes the protocol for fusion, also known as The Merge. Meanwhile, forked tokens have already emerged from the Ethereum network and there are exchanges that support them. This, as part of what was expected in the face of the merger: the new network will put aside ETH mining. And miners had been aiming at creating a new network that would maintain mining with new tokens born from that fork.

Speaking of miners: it seems that Ethereum Classic continues to benefit from the proximity of the Merge, with its accumulated processing power on the network reaching all-time highs. As we had already reported in Criptonews, Ethereum Classic is one of the networks to which current Ethereum miners could migrate to keep their operations running.

Altcoins and events of the week

In a macro scheme, there is not much else to highlight about the past week: the markets fell, cryptocurrencies suffered (bitcoin in the lead) and almost no one came out of the new red week unscathed.

With one interesting exception. As we reviewed in the newspaper, TON, the cryptocurrency created by Telegram and then abandoned in the hands of the community, it soared even though the rest of the market was in a tailspin.

The reason seems to be that the CEO of Telegram, despite the company’s current lack of relationship with the project, outlined the possibility of the social network’s usernames and groups being sold as a kind of NFT that guarantees ownership to its users. Little more to say about it.

In other news of the week: despite the drop in popularity and the bear market itself, NFT scams are still active; reports continue to emerge of how transactions with the Tornado Cash mixer do not represent a large percentage in the cryptocurrency ecosystem; and Tether would be blocking Ethereum addresses, despite having denied it.