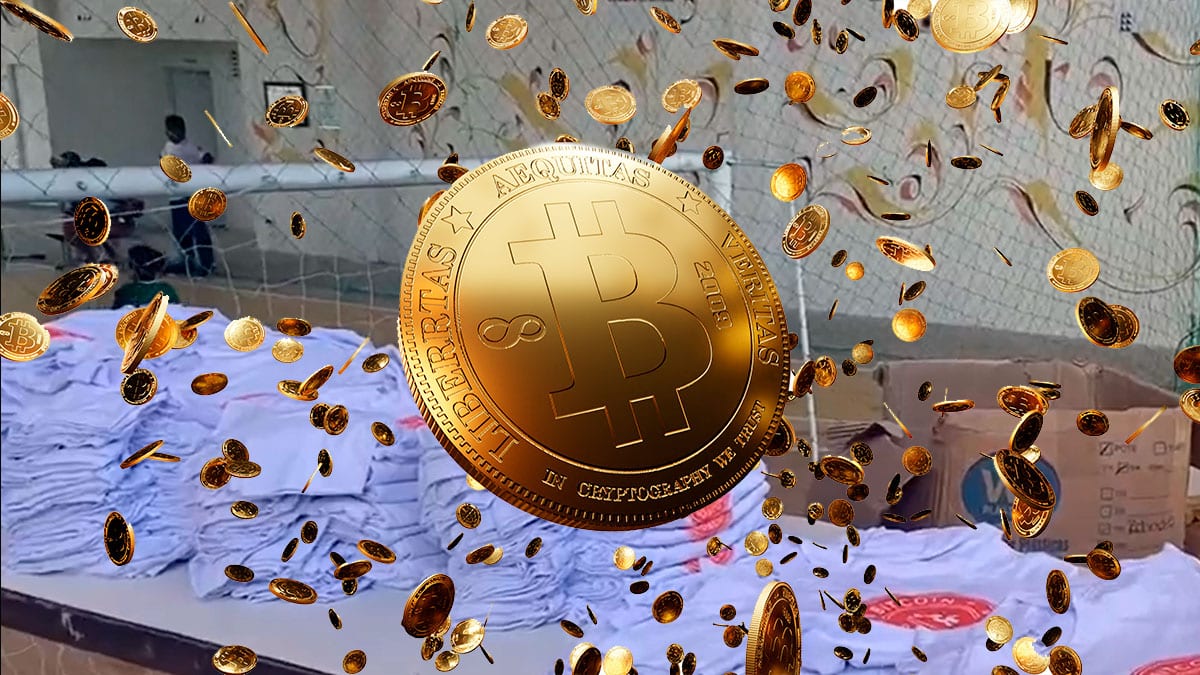 The team behind the ciudadela Playa Bitcoin project, in Jericoacoara, in the state of Ceará, northeast of Brazil, presented more than 400 bitcoin (BTC) wallets, with 1,000 sats each to students and teachers of public schools in the locality.

Fernando Motolese, founder of the Bitcoin Beach project or Bitcoin Beach from Brazil he posted on Twitter a video in which he explains to students and teachers the importance of keep in a secure place and never share the private key of the BTC wallet that they received on paper.

Delivery of bitcoin wallets it was made as part of a kit that included flannel, coolers and other gifts identified with the logo of Bitcoin Beach of Brazil. These were distributed thanks to the donations of more than 200 bitcoiners.

With the activity 15% of the local population was banked, ready to receive and transfer bitcoins, noted the Jericoacoara Bitcoin Beach team.

The idea of the project is that children, adults, students and teachers start using BTC on a daily basis. In fact, recently, the first purchase was made using bitcoin as a form of payment.

“It was a simple and fast payment using the Lightning Network through BlueWallet,” the Playa Bitcoin team pointed out in a posted video on Twitter in which a girl is observed making the payment.

Banking with bitcoin to the population of Jericoacoara in Brazil

After achieving these first objectives, the team also plans to create a vegetable garden at the school. They also pose raise funds to create more bitcoin wallets to continue banking the local population and paying students with BTC as an incentive for them to do so.

The project also it seeks to accelerate the adoption of bitcoin, have an office, hire and host volunteers, to build its own joint work and learning center.

To boost its circular economy based on the pioneer of cryptocurrencies, Playa Bitcoin also gave away 160 BTC wallets in paper, t-shirts and coolers to fishermen, artisans and business employees. In the same way, they delivered another 30 portfolios to local entrepreneurs.

“Bitcoin communities on the ground will one day be in the history books and mentioned as the fundamental foundation of the great Bitcoin project,” the team behind the project notes.

As reported by Criptonews last year, the Brazil’s Bitcoin Beach officially started operating in September 2021 training local merchants for the adoption of the first of the cryptocurrencies.

The main premise of this project, as clarified in its white paper, is “to show that bitcoin can have a huge impact for the lives of those whom society often ignores”. In addition, its founders detail that they seek to return the power that governments and banks have today to citizens, something that bitcoin promised since its inception but that until recently “seemed illusory.”